Are The Statistics
About Heart Disease True?

Most people believe the statistics about heart disease are accurate and true. Why would we doubt what the healthcare community tells us?

According to the statistics about heart disease, did you know that coronary artery disease was a rarity in America, prior to 1920?

By the mid 1950's, it topped the list as the leading cause of death among Americans and it remains so even today.

Why have we all been told that saturated fat is the cause of coronary artery disease?  Specifically, saturated fat from animal sources.

Well, let me tell you what I've learned about this deception.

Why Is Heart Disease On The Rise?

Dr. Dudley White, the most prestigious cardiologist in the 1950's, noticed that the rise in heart disease and heart attacks correlated directly with the rise in the consumption of vegetable oils. 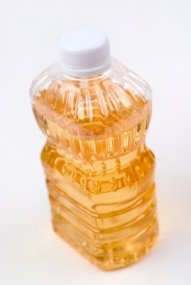 Dr. White and others suggested that American's should get back to making healthy choices with a more traditional diet of meat, eggs, butter and cheese.

It became very clear that the increased use of polyunsaturated oils and partially hydrogenated oils resulted in increased rates of heart disease.

However, the consumption of traditional animal fat and "real" butter has significantly declined.

It has been replaced by vegetable oils that serve as the basis for margarine, shortening and refined oils. These unhealthy oils have increased by 400%!

Do Statistics About Heart Disease Make Any Sense?

The other significant change in the American diet was the 60% increase in the consumption of sugar and processed foods.

Taking a walk through the aisles of the grocery store is really a wake up call.

About 80% of the aisles are filled with processed foods containing:

To make healthy choices in the grocery store, you only need to shop the perimeter of the store.

Is it any wonder that we have a health crisis going on today?

Now you know the other side of the story on the statistics about heart disease.  It's up to you to decide, which side is telling the truth?

More About Your Cardiovascular Health

A New Look at Cholesterol Health

Return to Fats and Oils Page from Statistics About Heart Disease.